The AIΓΙΣ (ancient greek word meaning Shield, with the same lexical root as Aigai/Goats) device, were in the exhibition worn by a mannequin, near the showcase containing greek folk costumes on other mannequins.

This apparatus is a parchment written by Phoebe Giannisi. On its one side there are poems and other testimonial textual material coming from various sources of the research. On its other side there is a map of central Greece and the sketch of the pen plan. The transhumance line on the map, from lowland pastures (winter) to high land pastures (summer) serves as the common element for the two parts of the semi-transparent parchment device. It is drawn as a line on the map side and written as verse with a part of Kerambos text (Antoninus Liberalis) at the other side.

It can be used by one or two or more persons, that can read in a dialogue. The AIGIS collects and composes in a designed and manufactured whole the poetic design: texts (fragments of oral interviews, poems, travelers descriptions, ethnological material, ancient texts and testimonials from previous times), music (an animal bell was hanging) and mapping, all this on a material that is the processed leather coming from a young female goat.  With its two writing surfaces that have a certain transparency it is at the same time a cloth and a mask, a protection (shield/Aigis) and a concealment.

During the performances it was weared to be read, together with an apron, made by Vlach women 50 years before. The AIGIS is the dress for a carnavalic device. It puts the skin of the animal in contact with the human body, a skin that is the product of land and territory metabolism, the transformation of pasture into flesh,  the imprint of the land to a body. The skin is the map of the land that fed the animal during her life. 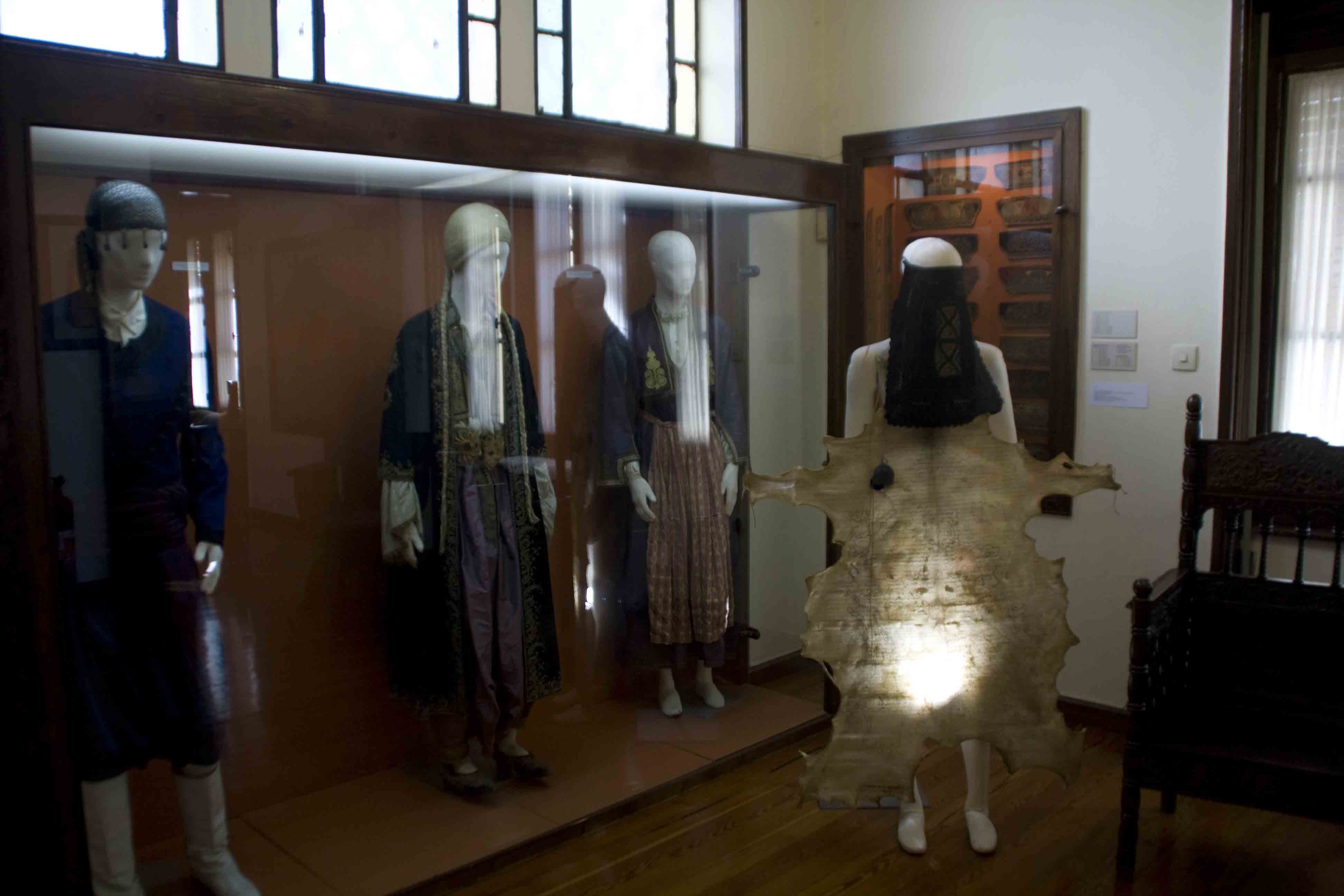 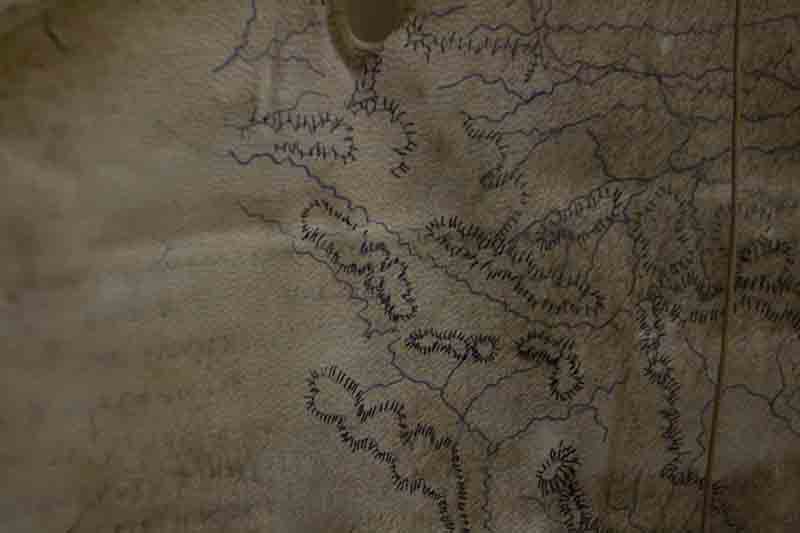 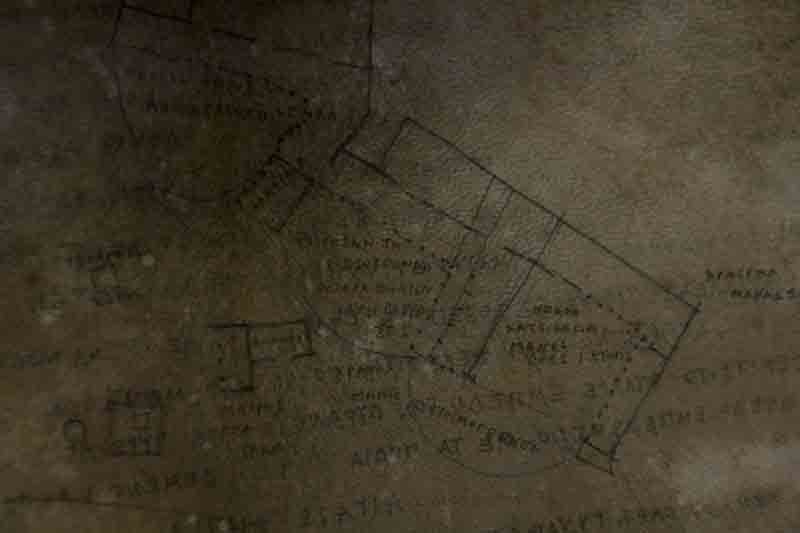