The chimerical poem Thetis and Aedon (Kastaniotis:2021) forms the third part of Phoebe's Giannisi work on ancient Greek animal-poetic identities, after her projects/poetic books Tettix (about the cicada, Gavrielides: 2012) and Chimera (about the female goat, Kastaniotis: 2019).

Here the animal poets come from the world of the sea (Thetis as a cuttlefish) and the sky (Aedon as a nightingale). Helidon, the swallow, as well as other mythical and real persons spring up with them.

Thetis and Aedon deals with motherhood, as giving birth, raising kids and being separeted from them, while the reference myths contain love, affection and separation, but also power violence, rape, murder. In the flow of the book, the poetry develops visually through images and texts, playing with words and lyricism, in a mixed genre where the dramatic alternates with the funny, and  language slides associatively from song to prose, and from the personal experience to the philological comment. 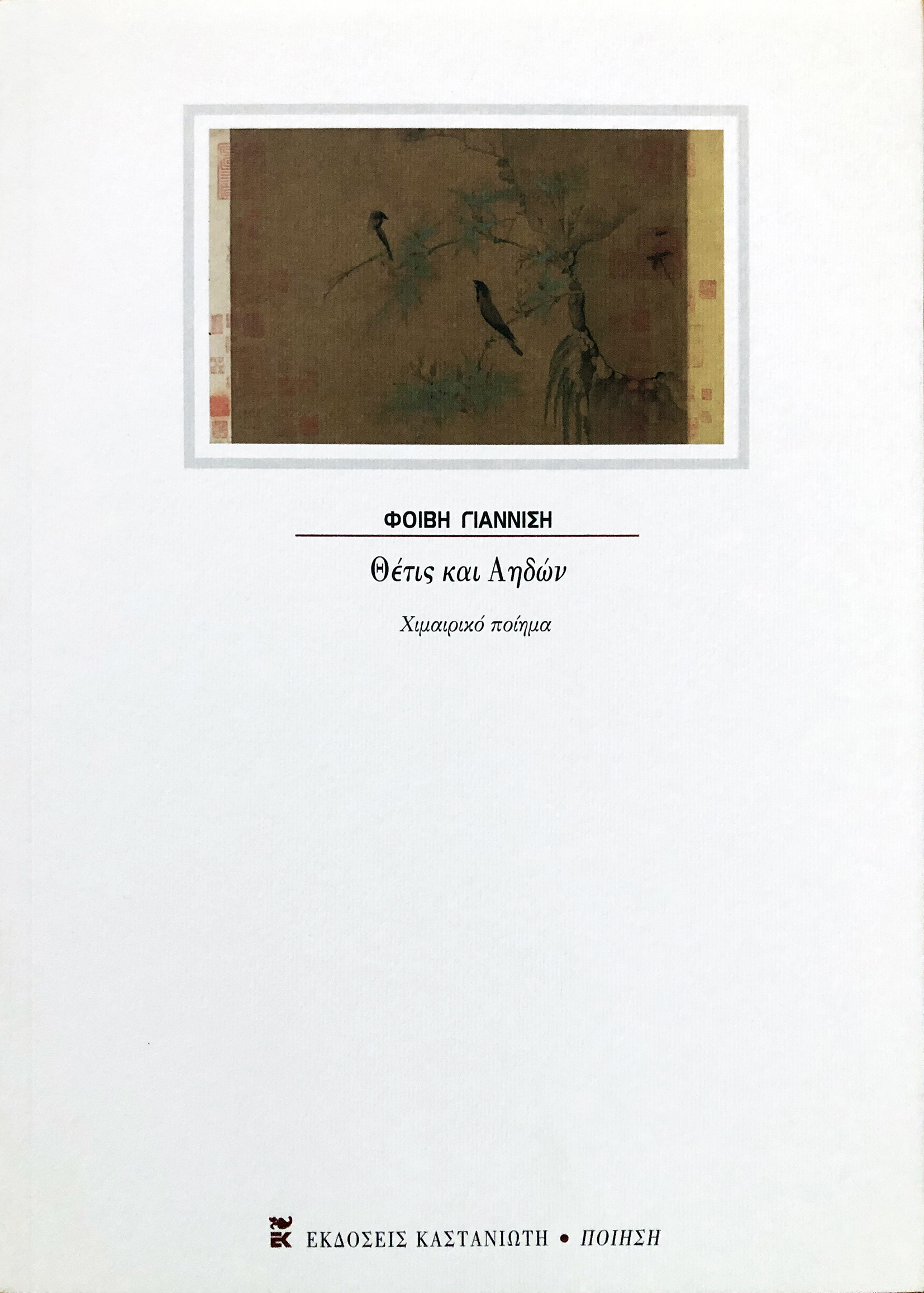 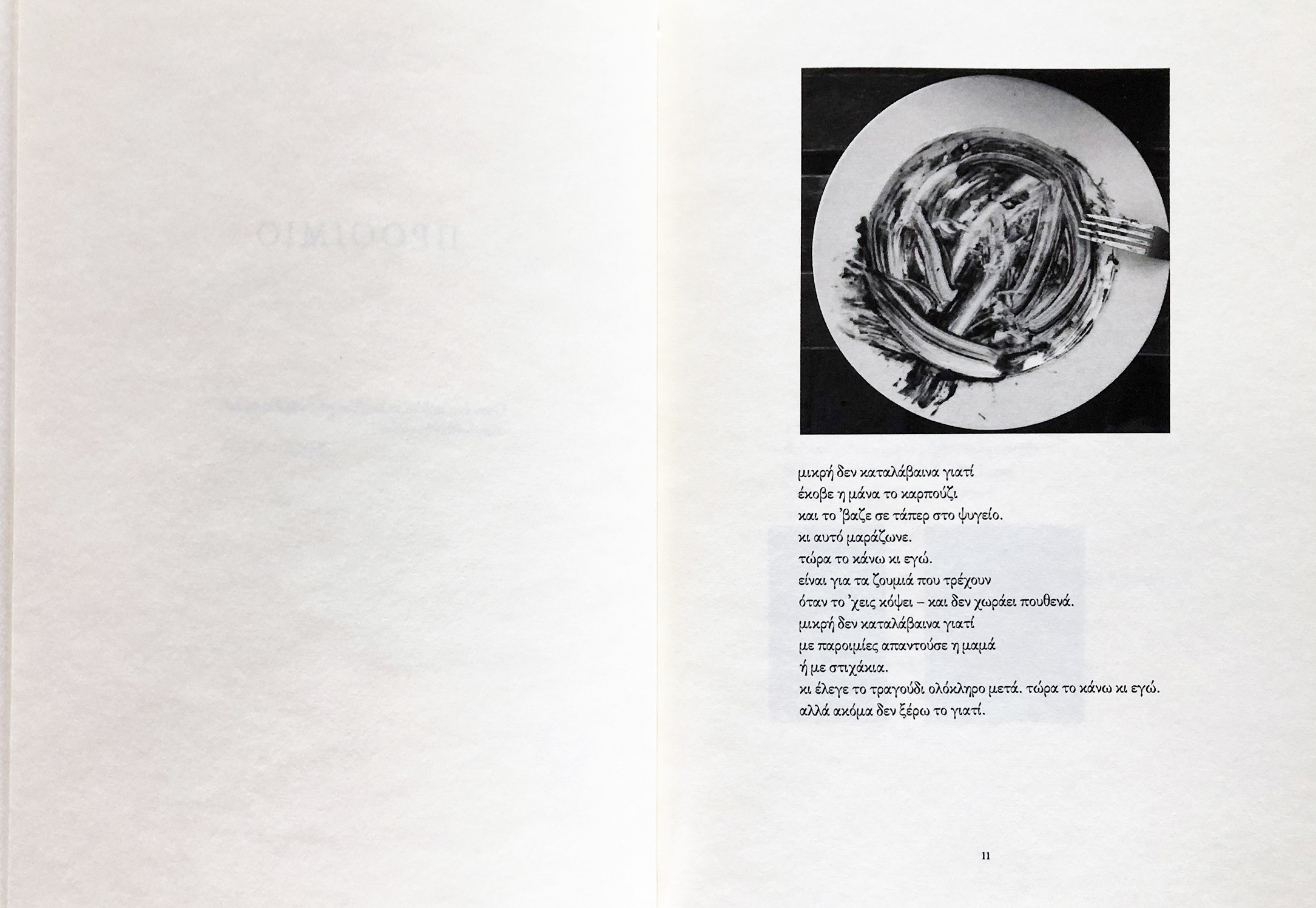 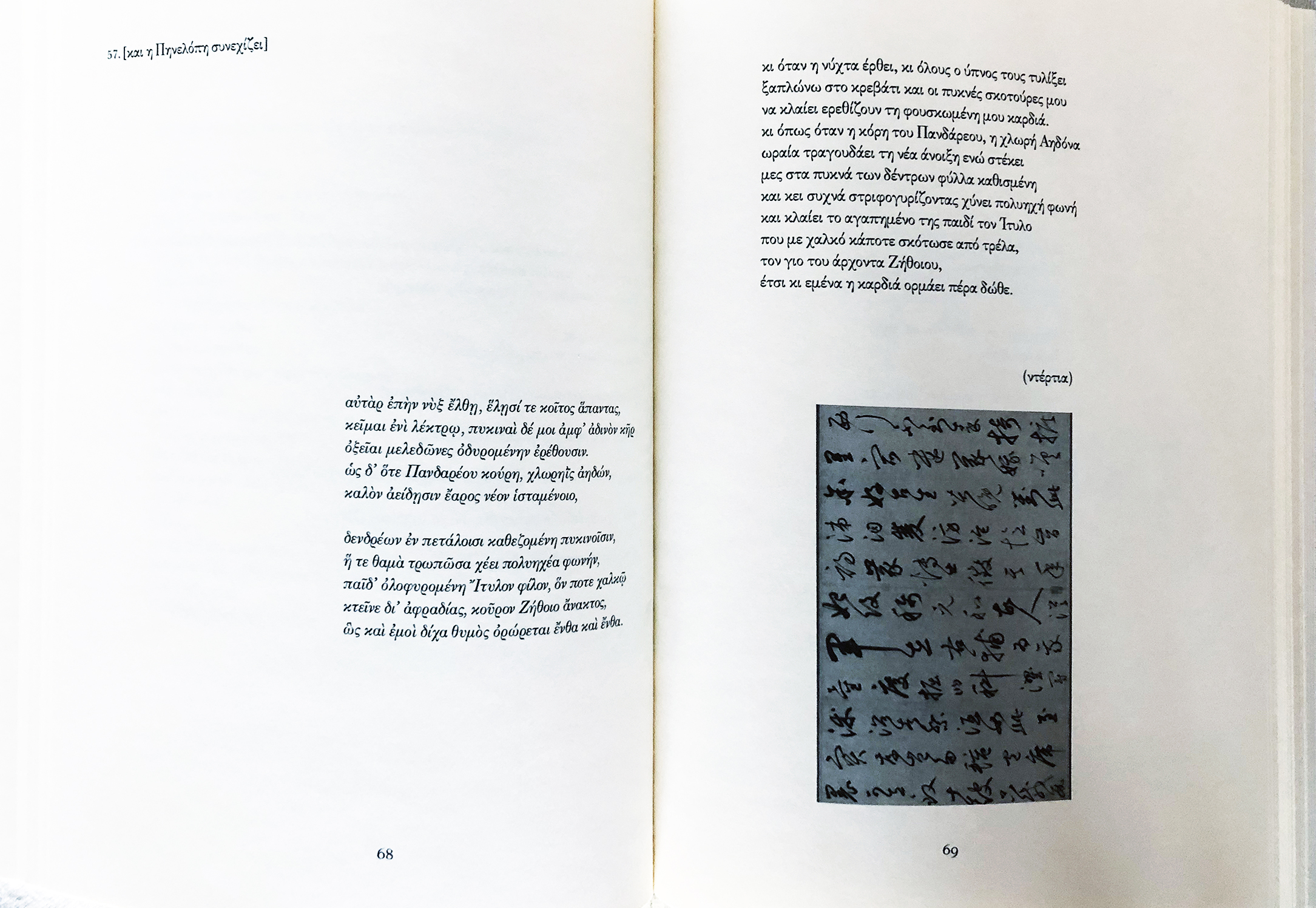 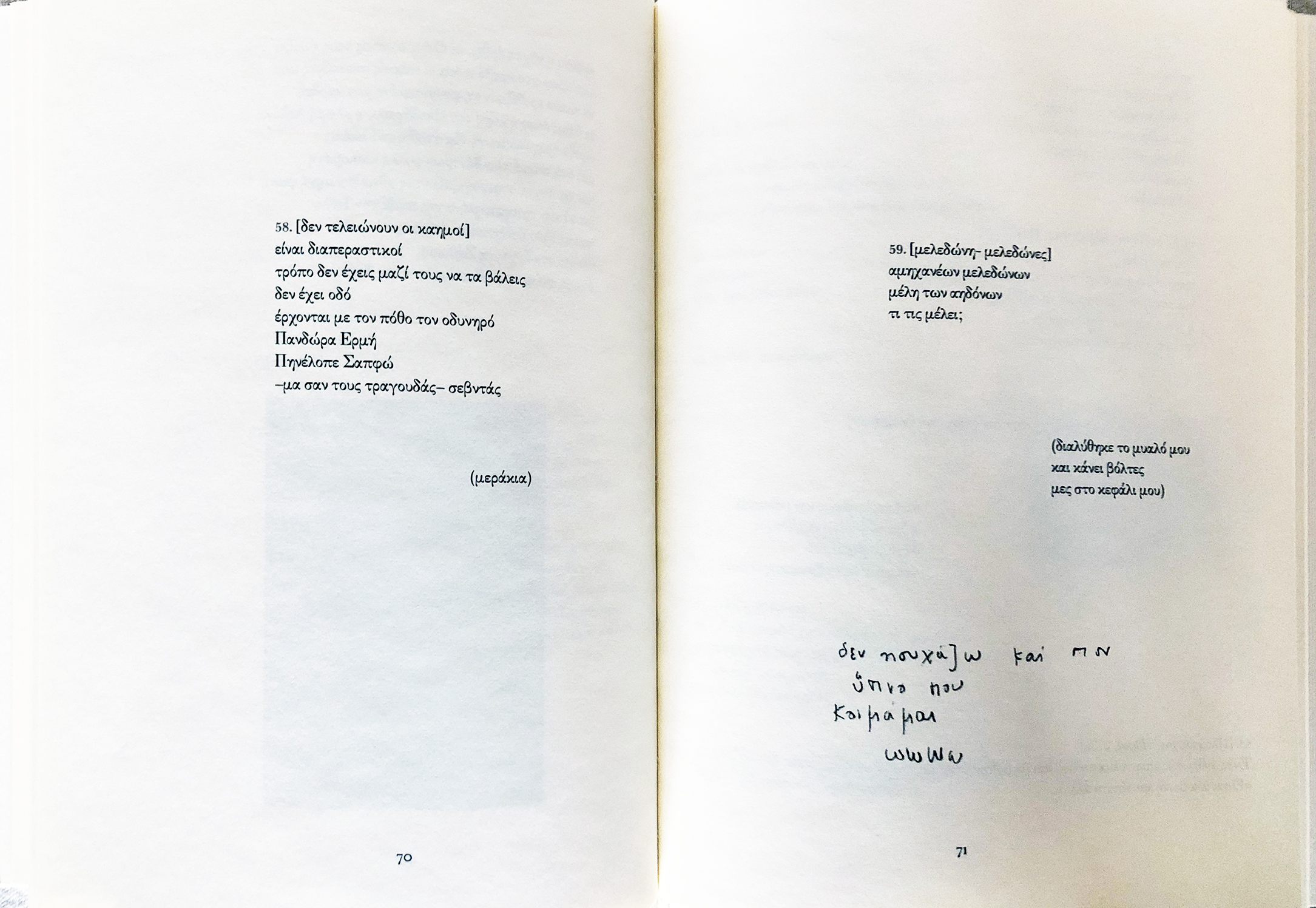