Polyphonic reading of poetry in both greek and spanish language. 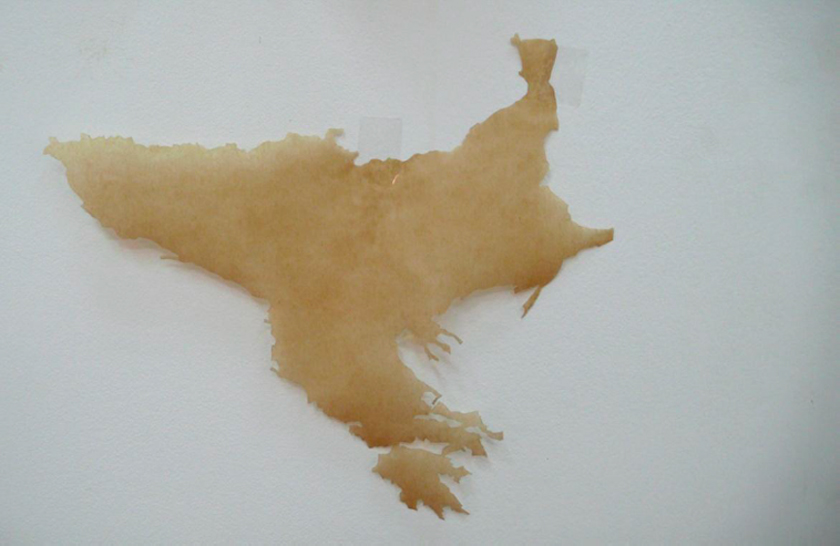 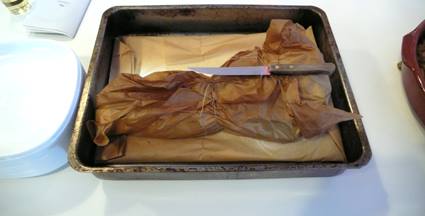 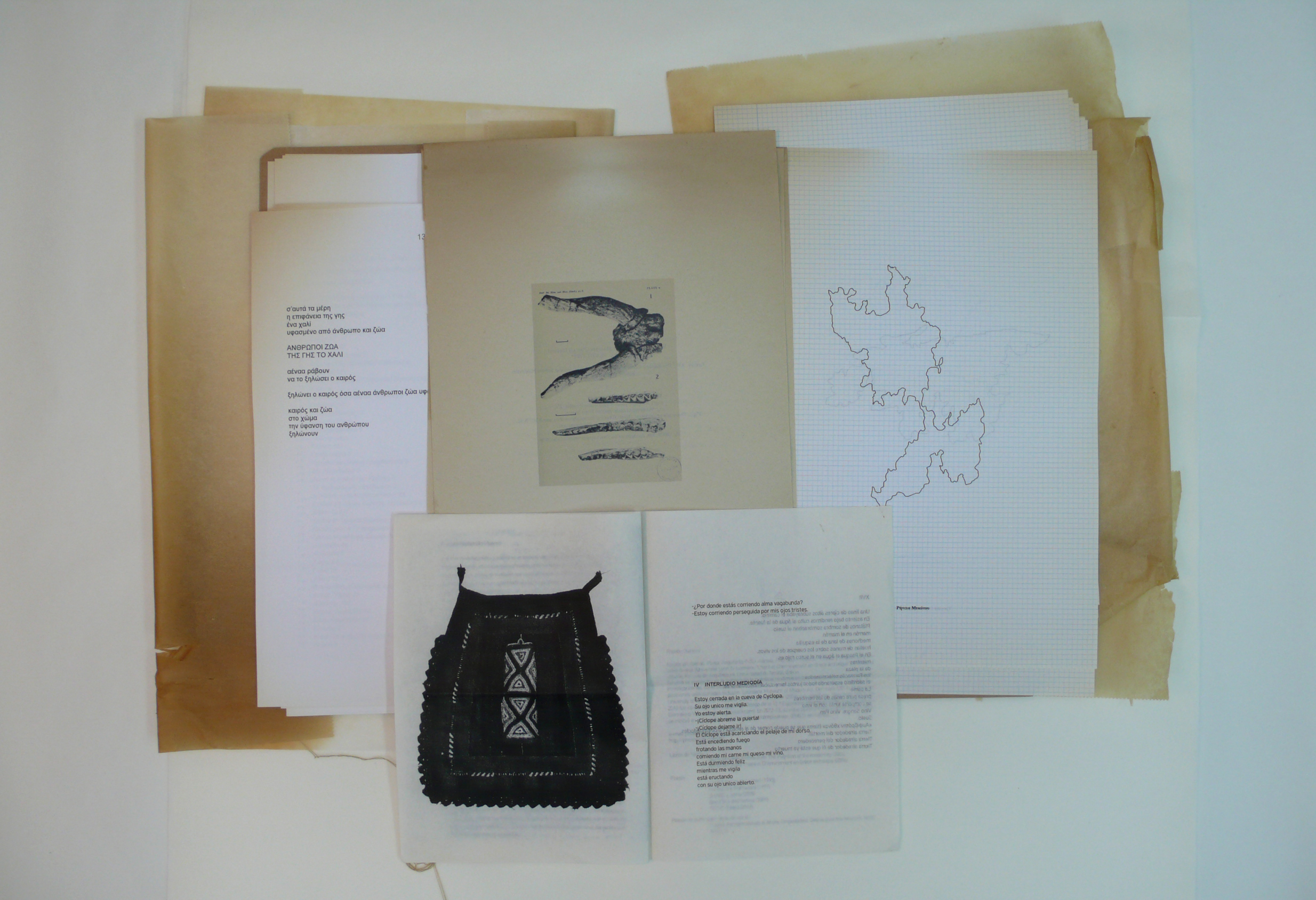 Phoebe Giannisi and Iris Lycourioti presented the first episode of our latest project ΑΙΓΑΙ-Ω under the title ‘The Lunch/ La comida’. ΑΙΓΑΙΟ means ‘Aegean Sea’. Its root AIΓΑΙ stands for ‘female goats’. Aegean Sea is the land of the goats. The Ω character of the greek alphabet refers to the prehistoric cycladic representations of the female vulva on marble stone figurines. Poems and drawings of ancient goat breeds, still existing on the islands of the Aegean Sea, were stitched on cooking paper. The papers were folded under the leg of a goat cooked ‘a la griega’ and offered to the attendants of the presentation. The inscribed poems on paper have been performed in a polyphonic reading. Chorus parts have been sung since the greek word for song, "tragoudi" derives from the "Song of the He-Goat".

The work deals with issues of a new ecological conscience that emerges through ideas on the symbiotic co-existance/companionship (Haraway) of the species, ideas of locality, cultural diversity, gender and the place of subjectivity in a socially coherent world. At the same time an overview of the small islets of the Aegean Archipelago, the so called Goat Islands, reveals their geopolitical importance within its tormented history, still active now, on the basis of imperialism.

The Lunch/La comida refers to the Spring (EAΡ in Greek). Baked goat meat refers to the big sacrifice of goats and lambs for Easter. At the same time, as Strabo writes, feasting and sharing consumption of food and wine at common tables creates bonds of friendship.

Material on the Samos goats was provided by NGO Amaltheia, Vassilis Lekkas and Stephano Dellepiane with the help of Fernando García Dory.

Many thanks to: María Castrejón, Jorge García Santos and Función Lenguaje for organizing the event and Minos Digenis for his kindly provision of abundant Retsina.