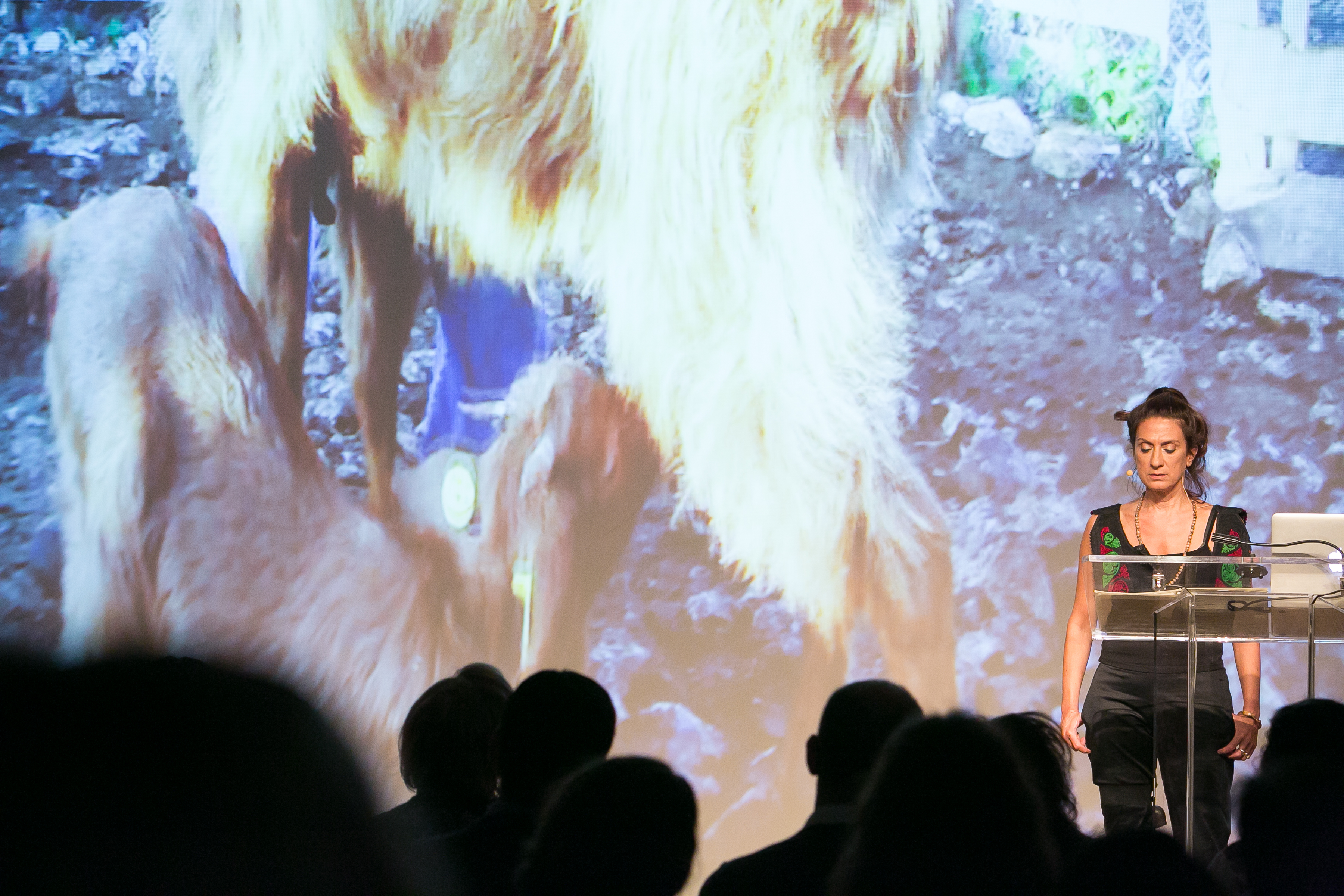 Nomos_The Land Song Performance Lecture belongs to a work-in-progress focusing on the animalistic dimensions of tragedy. The ancient greek word for tragedy, τραγῳδ-ία, can be read as a composite noun from the two words “τράγος” / “billy goat” and “ᾠδή," / “song, ode”. The research project connects poetry to animal husbandry, especially for goats, on the Greek land. The view points come from the beast, the female, the animal, the nomad, the dispossessed, against the sovereign, the male, the man.

The perfomance addresses thus the issues of animality, gender, land and dispossession. 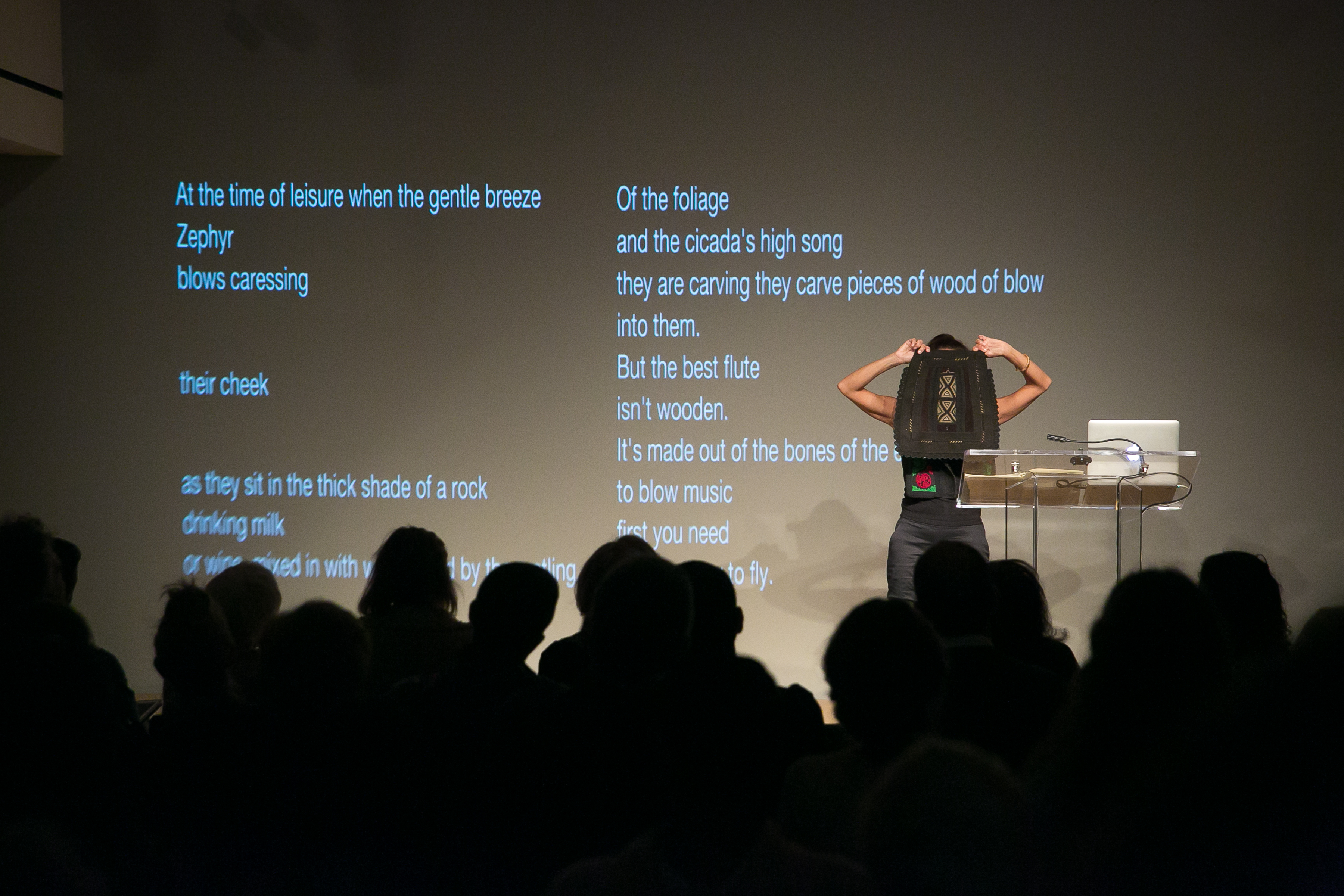 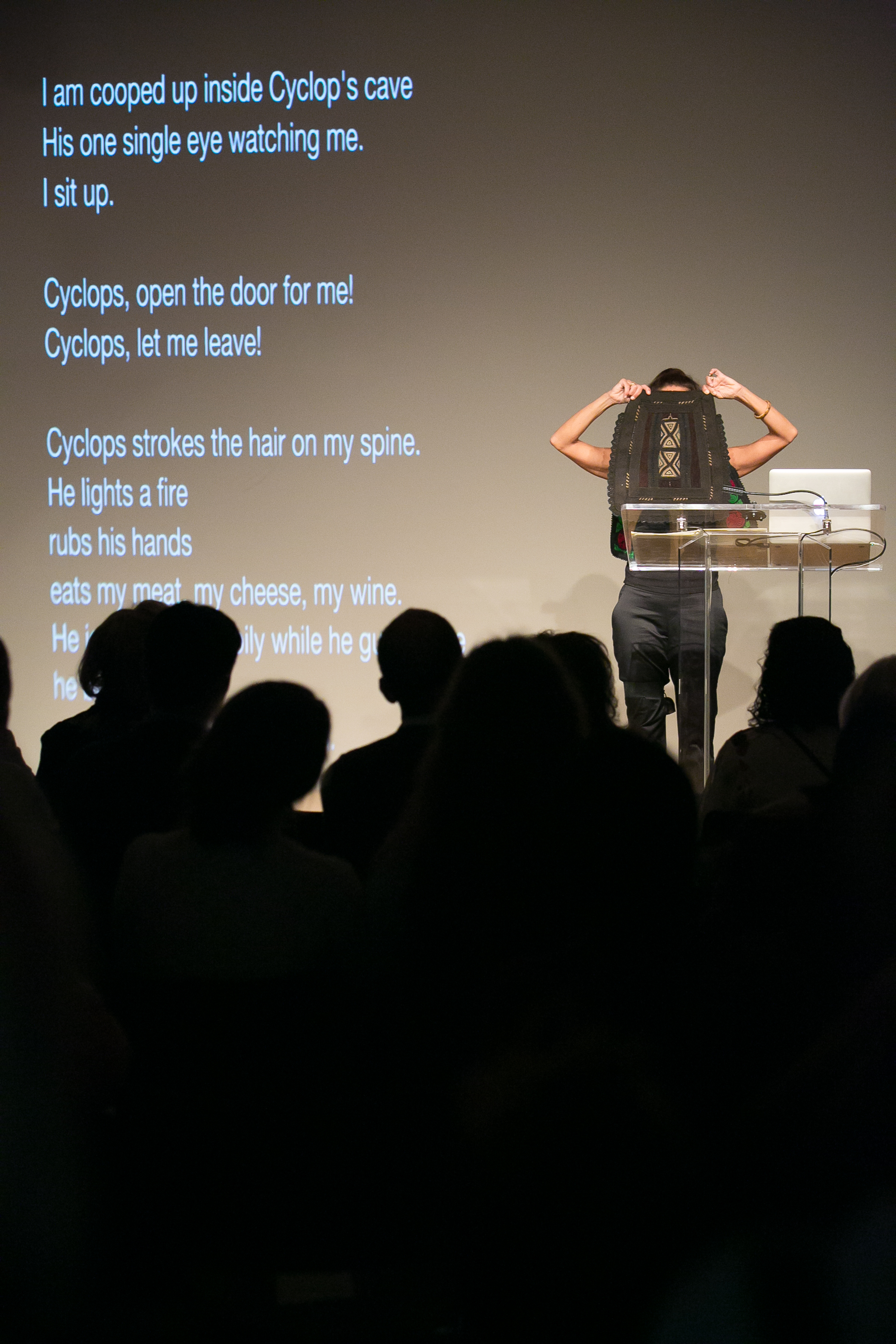 The word Nomos is the ancient but also modern greek word for “Law," and its various ancient meanings had to do with the verb νέμω, signifying “to share, to distribute”. Thus Nomos first meaning is that of the shared word, the song, and Nomi, is the pasturage, shared land as food. Both Nomos and Nomi are related to Nomadism.

Starting from the right to burial acclaimed by Antigone, this lecture performance is a double weaving of a questioning about the origins of tragedy and the right to land, the nomadic freedom of movement and freedom to settle, in other words the right to citizenship. Nomos ends by presenting the sacrifice as the primal scene for tragedy. 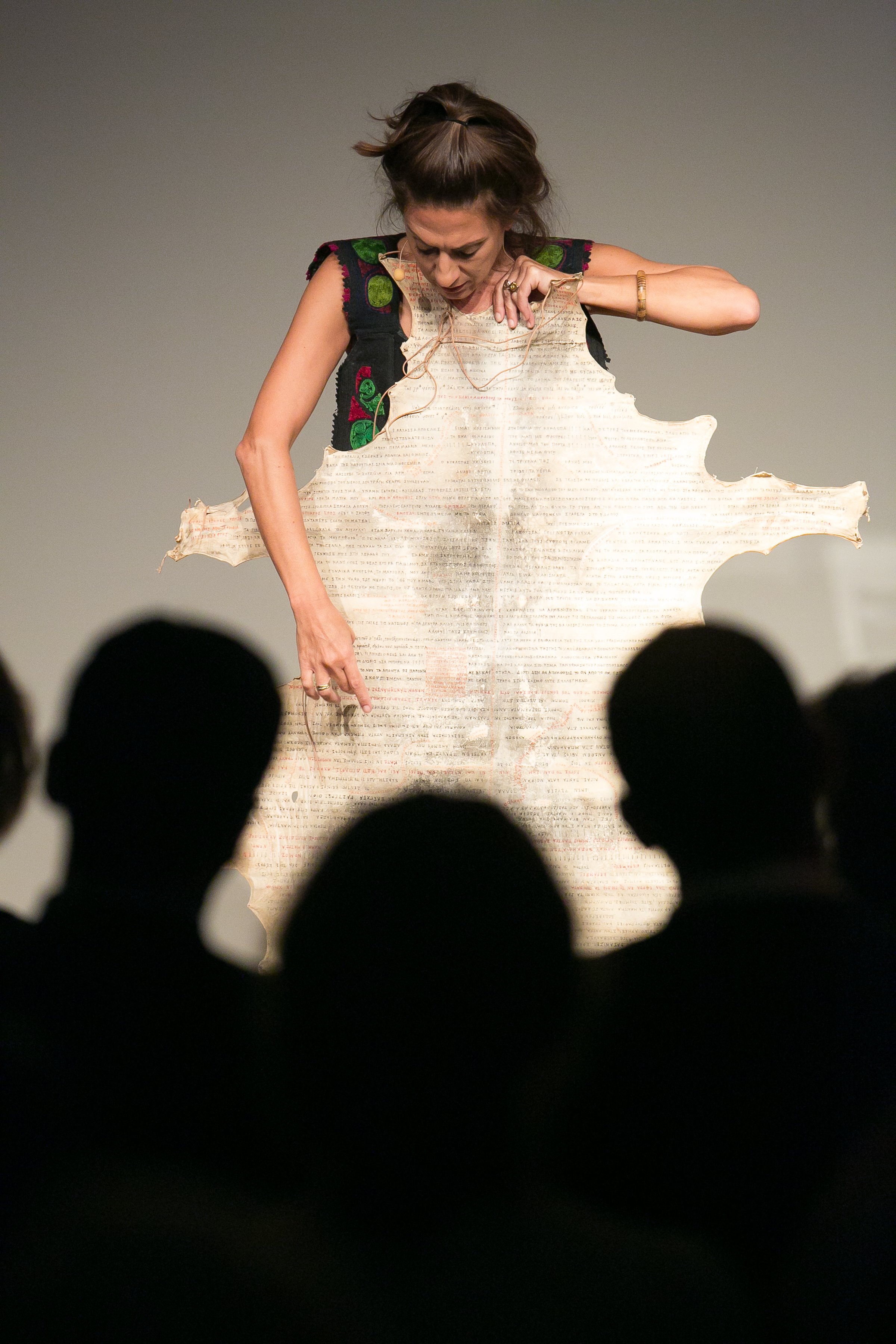