Performance and installation under the “Care and Repair” project, Vienna Biennale 2017, Nordbahnhof, Vienna.

Organization: Architekturzentrum Wien
Curated by: Angelika Fitz and Elke Krasny.
With the participation of Martin Riesing.

The “Nature/ Culture Calling “ project is installed in Nordbahnhof, Vienna. It constitutes a “prototype” among five other, in the “Care+ Repair” project, which is part of the Vienna Biennale 2017. Angelika Fitz and Elke Krasny, curate the project. Their attempt is to shape alternatives on the question of the future inhabitation of the old Nordbahnhof area, nearby Danube. A development of high-rise housing in the area will shape an urban field in-between the buildings, as a “free middle”, keeping the qualities of urban and natural wilderness. How to understand this urban field and what kind of social practices can be shaped there?

Dealing with the potential of human to animal relations as a background of social practices, the “Nature/ Culture Calling “ project is bringing together birds and humans in a symbiotic shared situation. The “nature/culture” symbiosis is rather social than physical. Birds singing is historically used as a metaphor for humans singing and poetry. In Aristophanes comedy the birds world is an heterotopia where humans may reconsider their political affairs. Can the “free middle” in Nordbahnhof be seen as such a heterotopia?
“Nature/ Culture Calling “ is a “prototype” installation. It transforms the abandoned electrical pylons of the old station  to bird nests on the top and sitting places on the ground. The third dimension measures the distance of the earth and the sky. Sound of singing -humans -as -birds is performed and installed in the area. A sound territory is formed to include humans and birds in a common field of lingual performativity and a program of human interaction. The “chorus” is a good, old example for such an interaction. Gathering and social performativity in the common field is the desired outcome of the “Nature /Culture” call for the urban future. 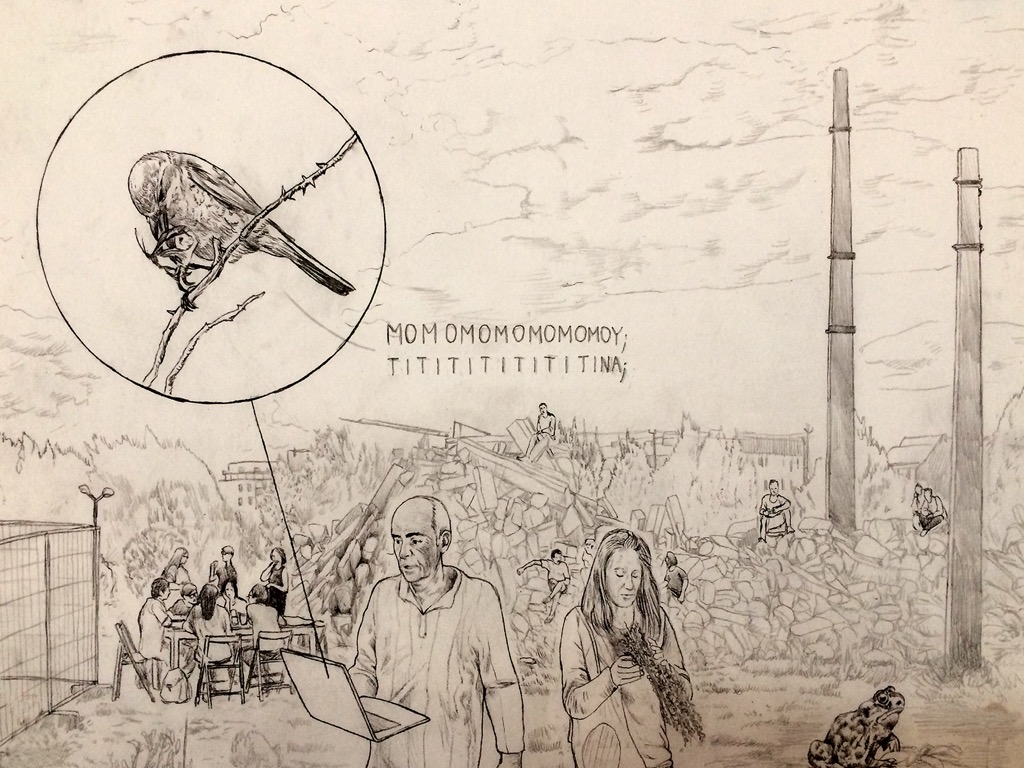 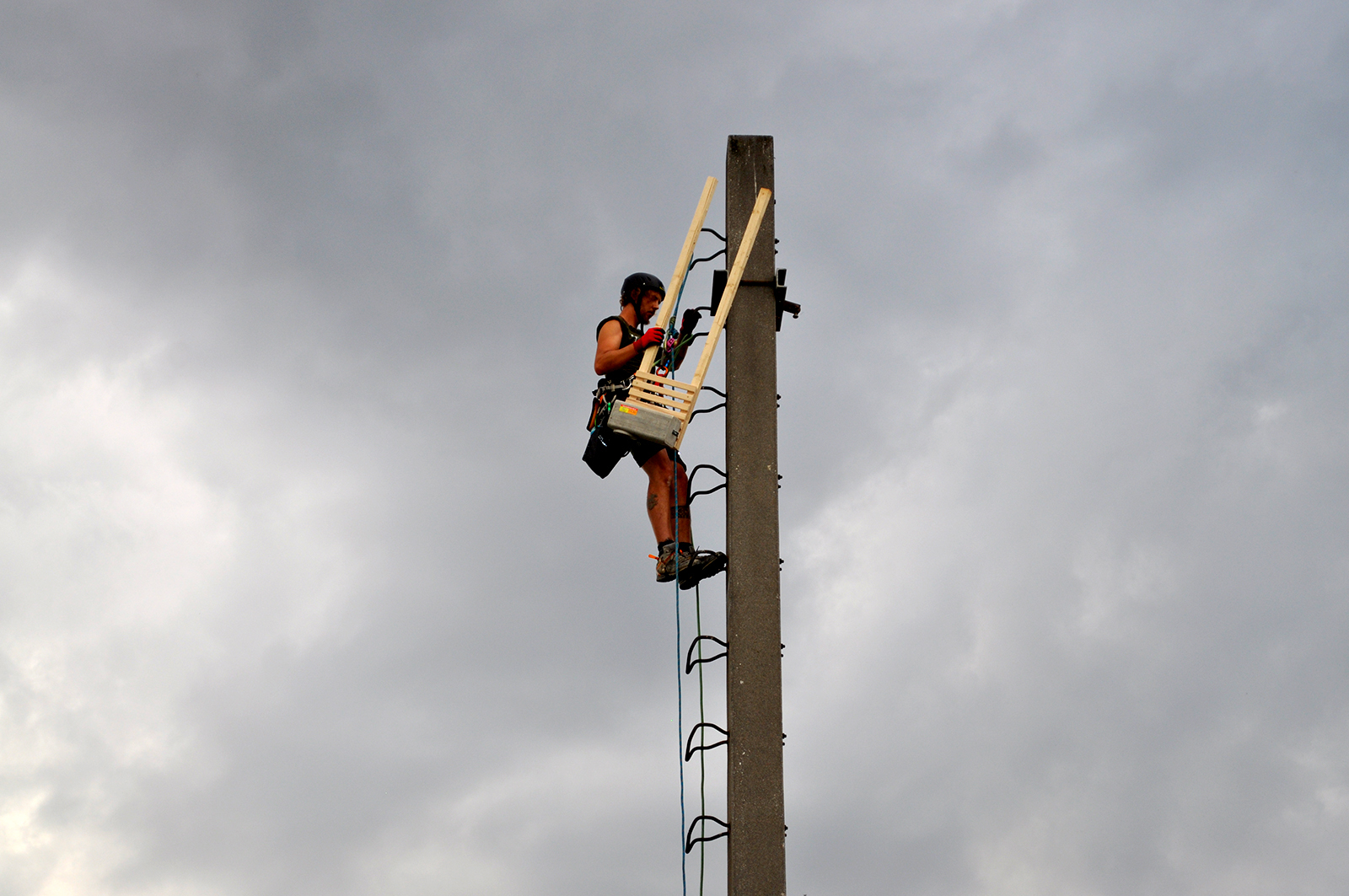 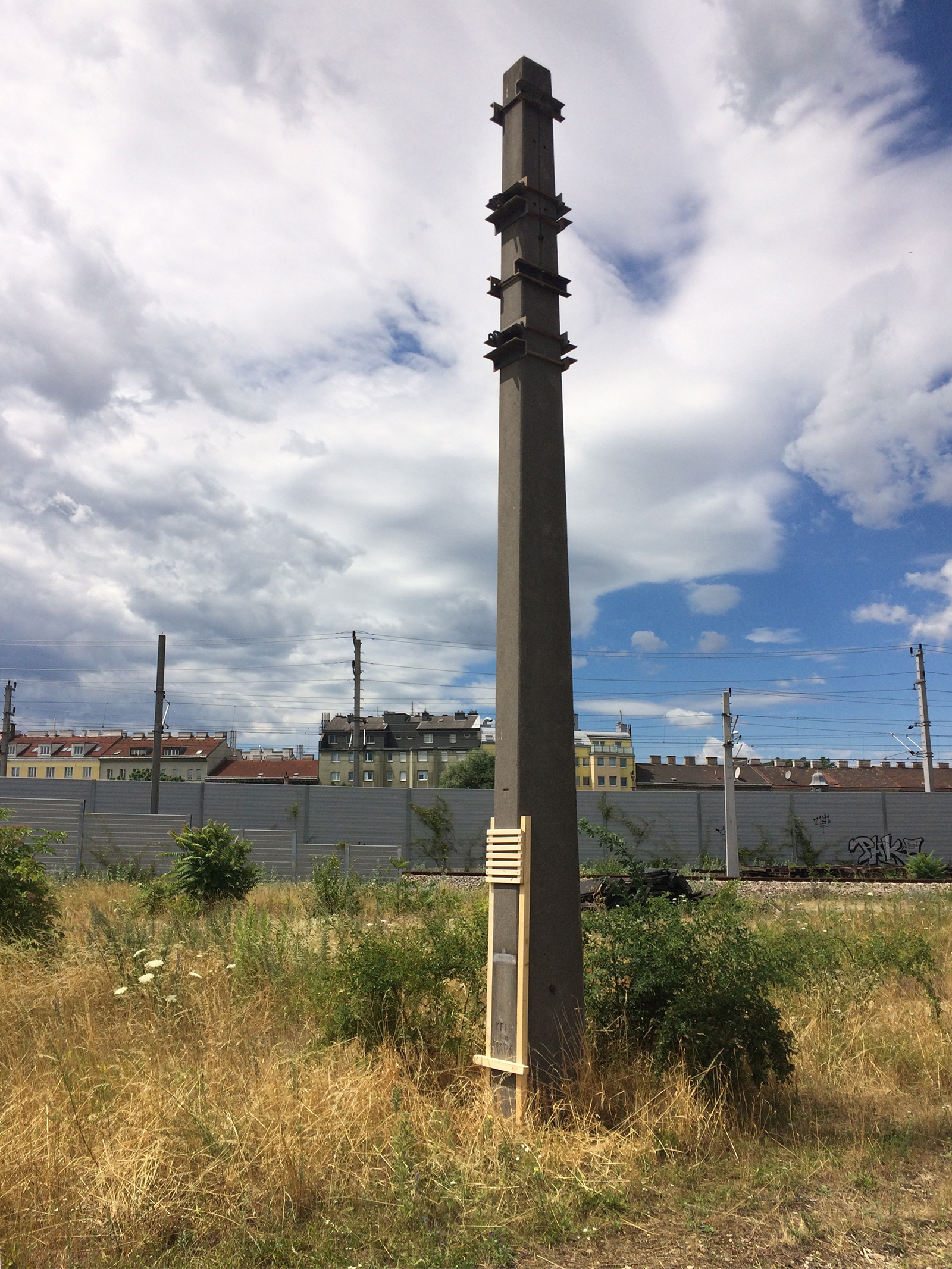 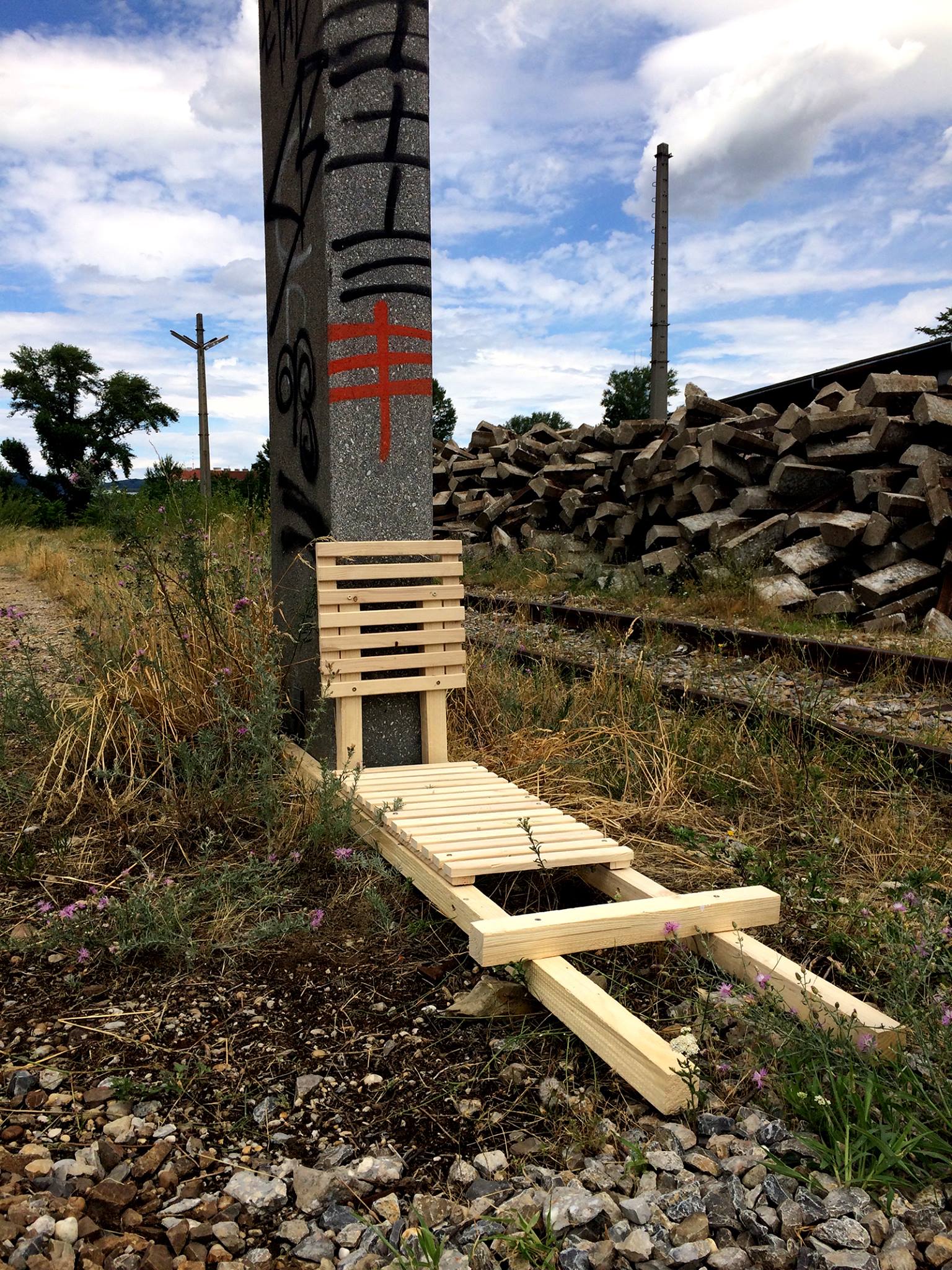 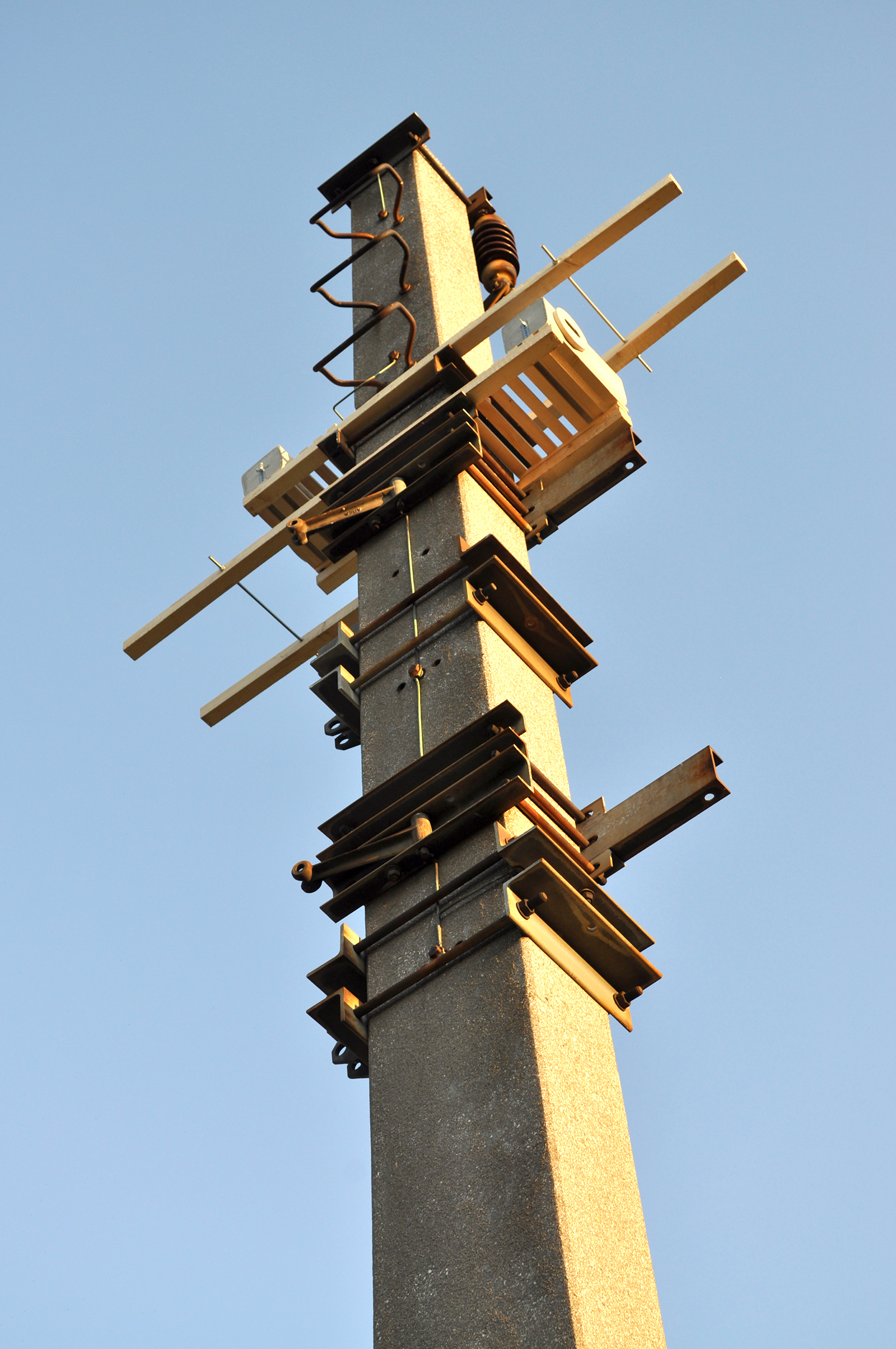 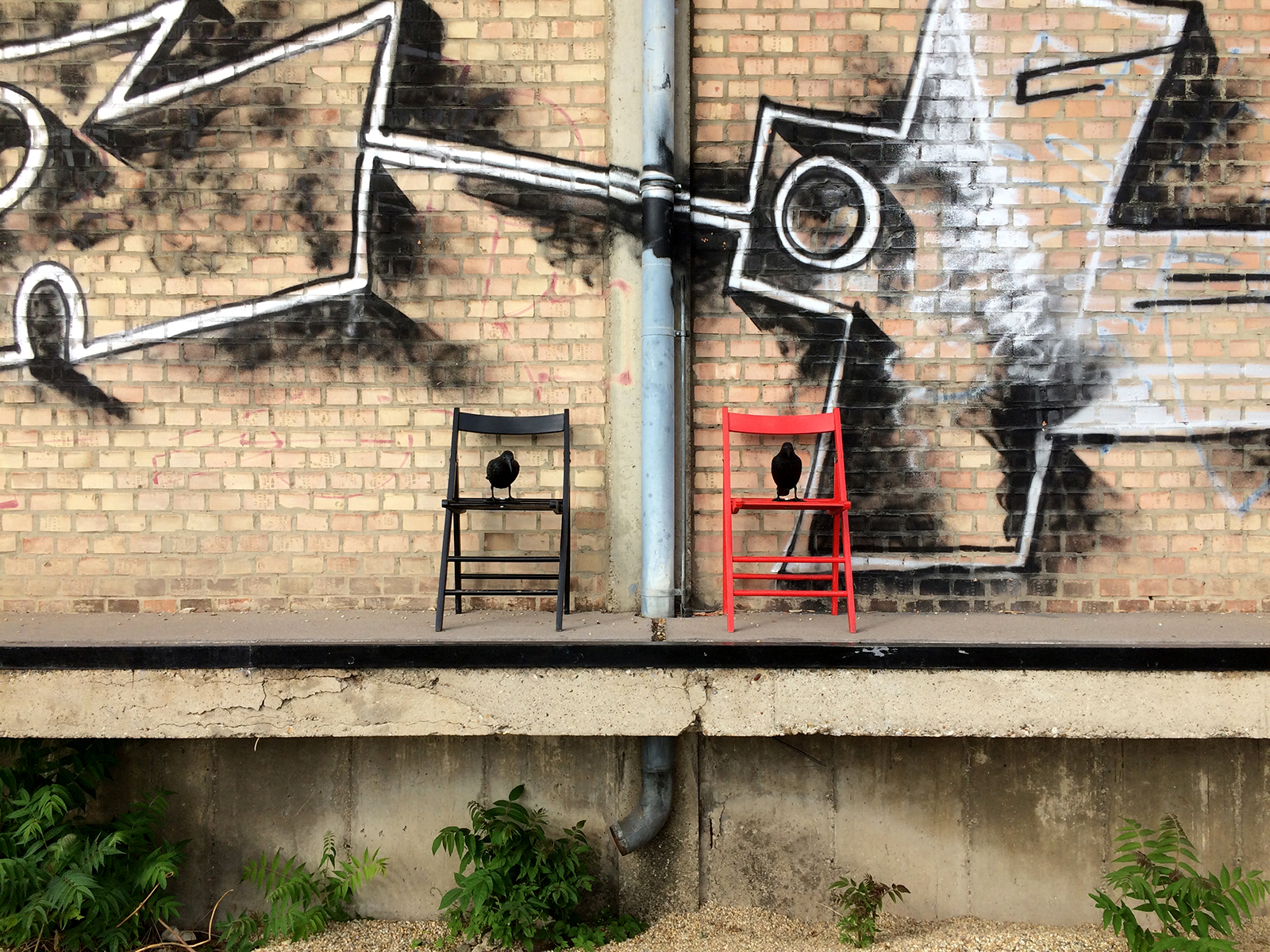 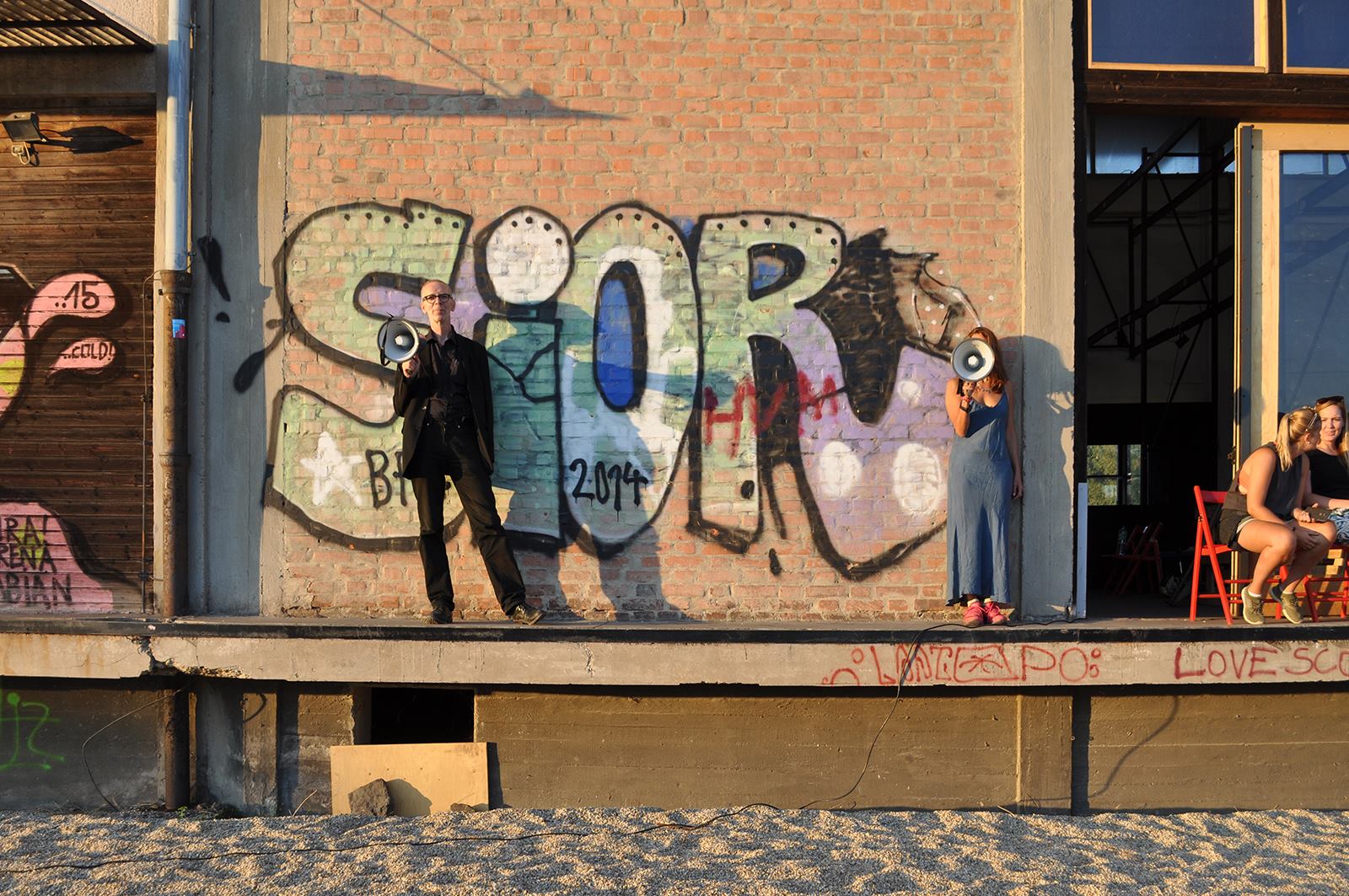 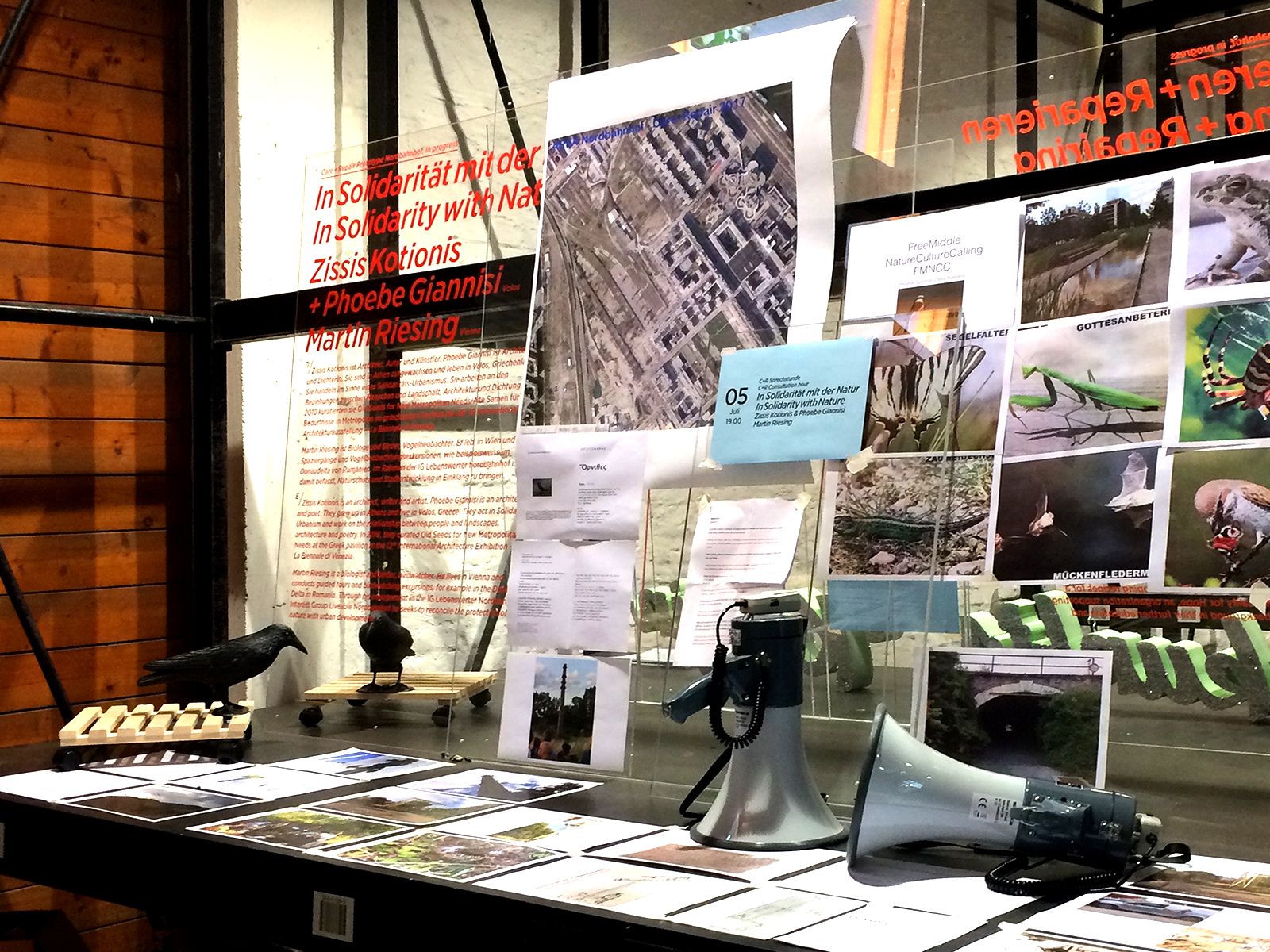