On a rocky inclined site of 9,000m², with a sea view to the west, a holiday home of an area of 280m² has been built for a French family of five and their guests.

The building is stepped on a sloping ground in two bars of buildings. One of these accommodates the areas in common use and the other the private quarters (bedrooms, bathrooms). The open-air area is laid out on the intervening surface, with the swimming pool, which serves as the centre of life in the summer on an island.

The buildings are inscribed within a perimeter wall, which confines residence to its interior and leaves the rest of the site, as a part of the landscape, untouched.

A stairway of breadth of 3.10m passes through the built premises. It brings visitors in a ritual manner from the parking area to the building, distributes them within it, passing below the open-air terrace and penetrating the private areas, and terminates at the open view of the sea. The mass of the stairway creates an amphitheatrical layout on the communal terrace with its sea view to the west. This served as the first accommodation for visitors while the project was being built.

The interiors are all open to the light and air for the maximum cooling of the building during the summer months. The roofs have been planted, and thus the building becomes part of the landscape. The apertures in the elevations with their marked rhythmical alternation give expression to the rational structure and the paratactic arrangement of the premises in the interior of the building. The interiors have been laid out with as little household equipment as possible so that the experience of surrounding space predominates in the activities of residence. 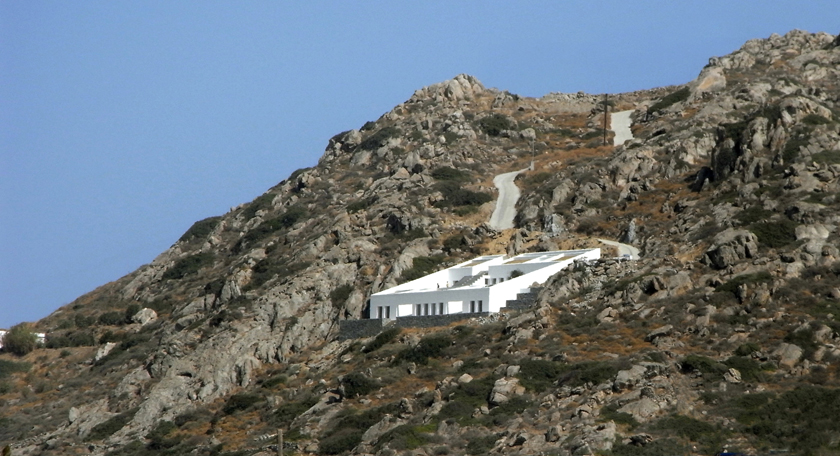 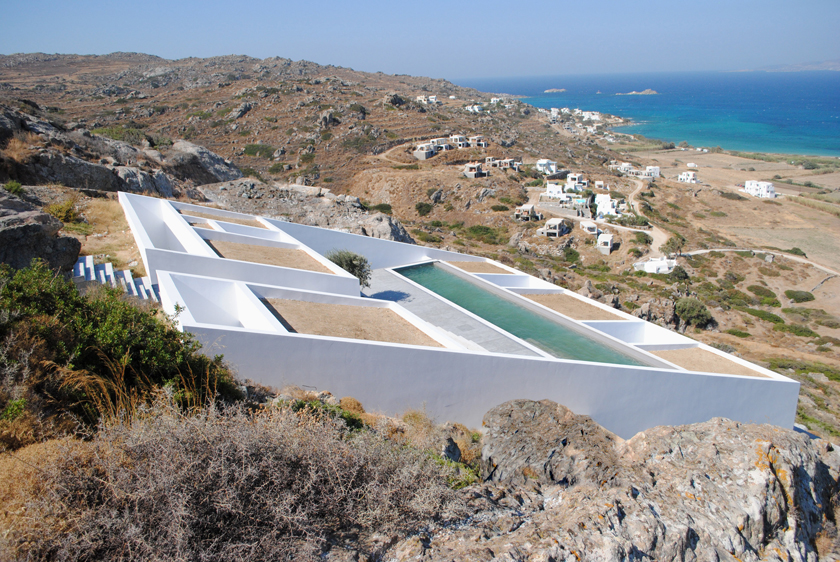 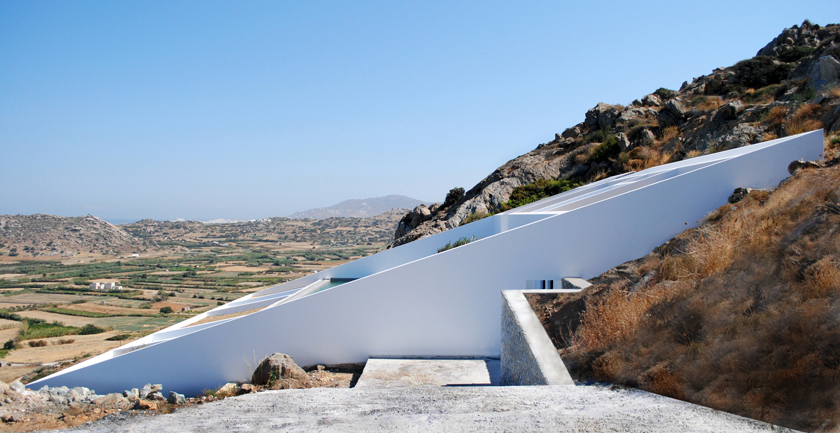 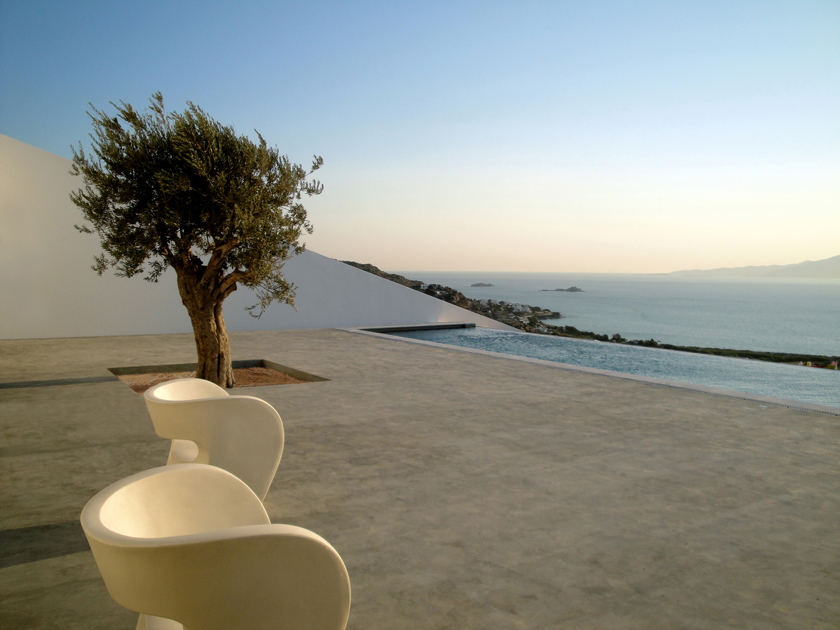 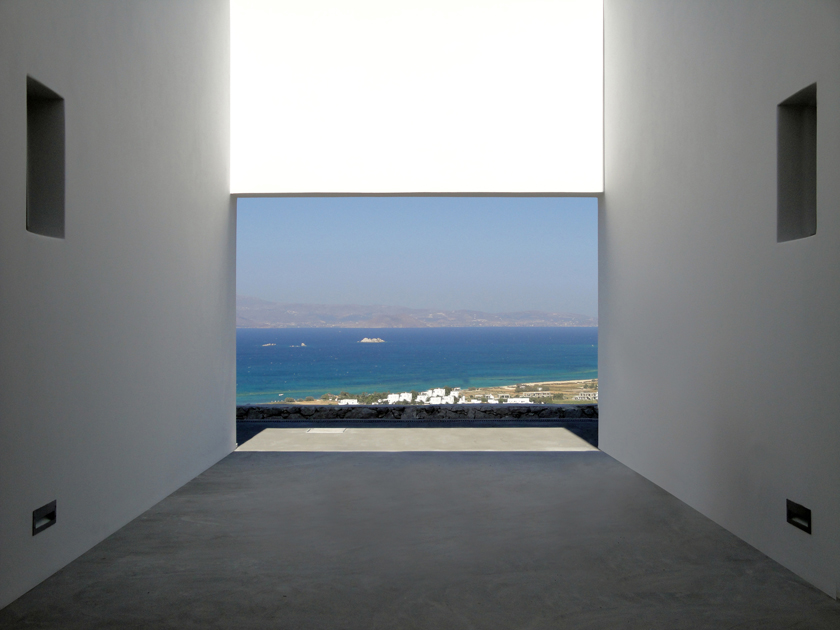 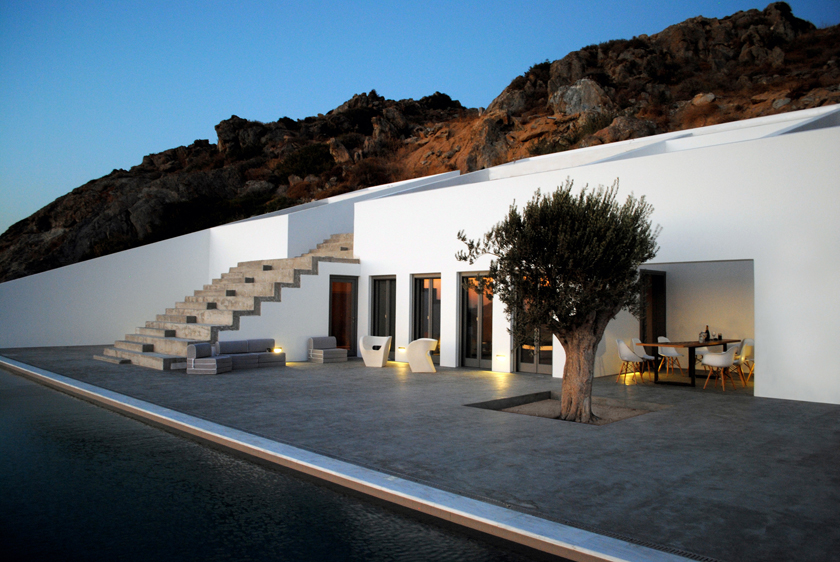 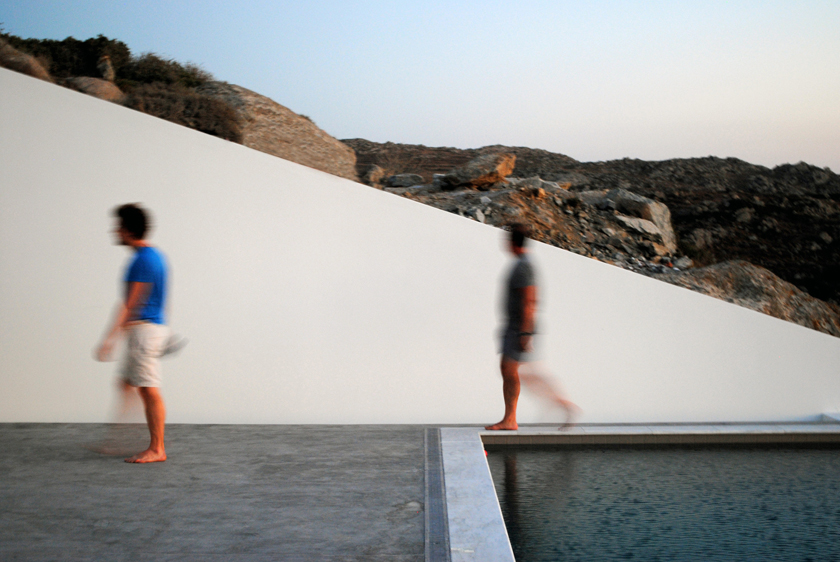 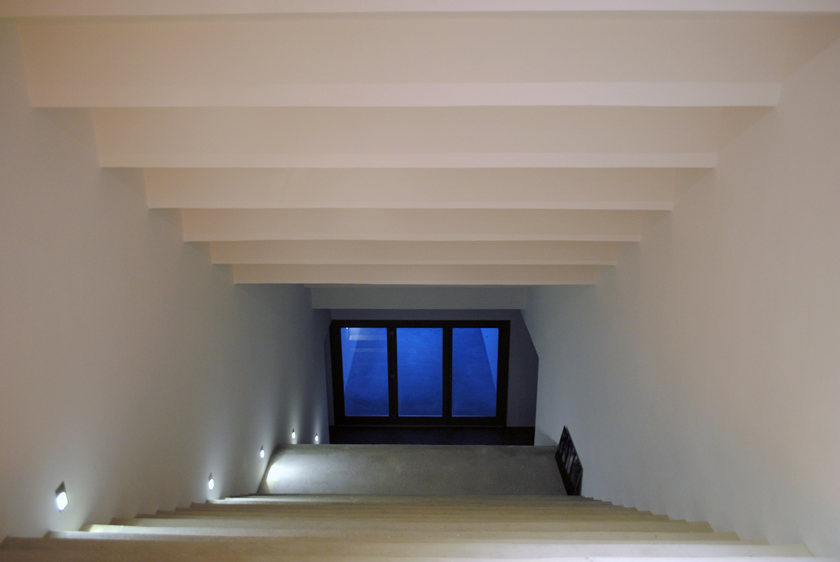 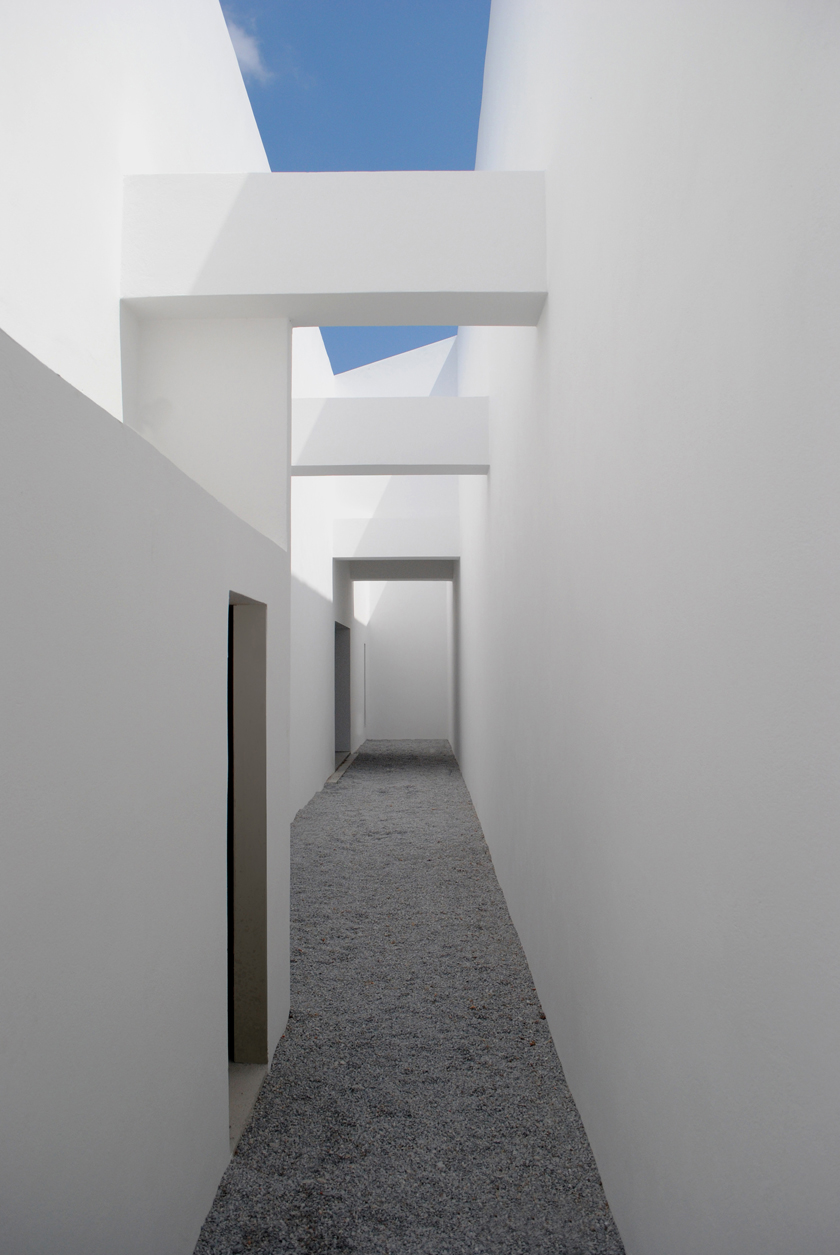 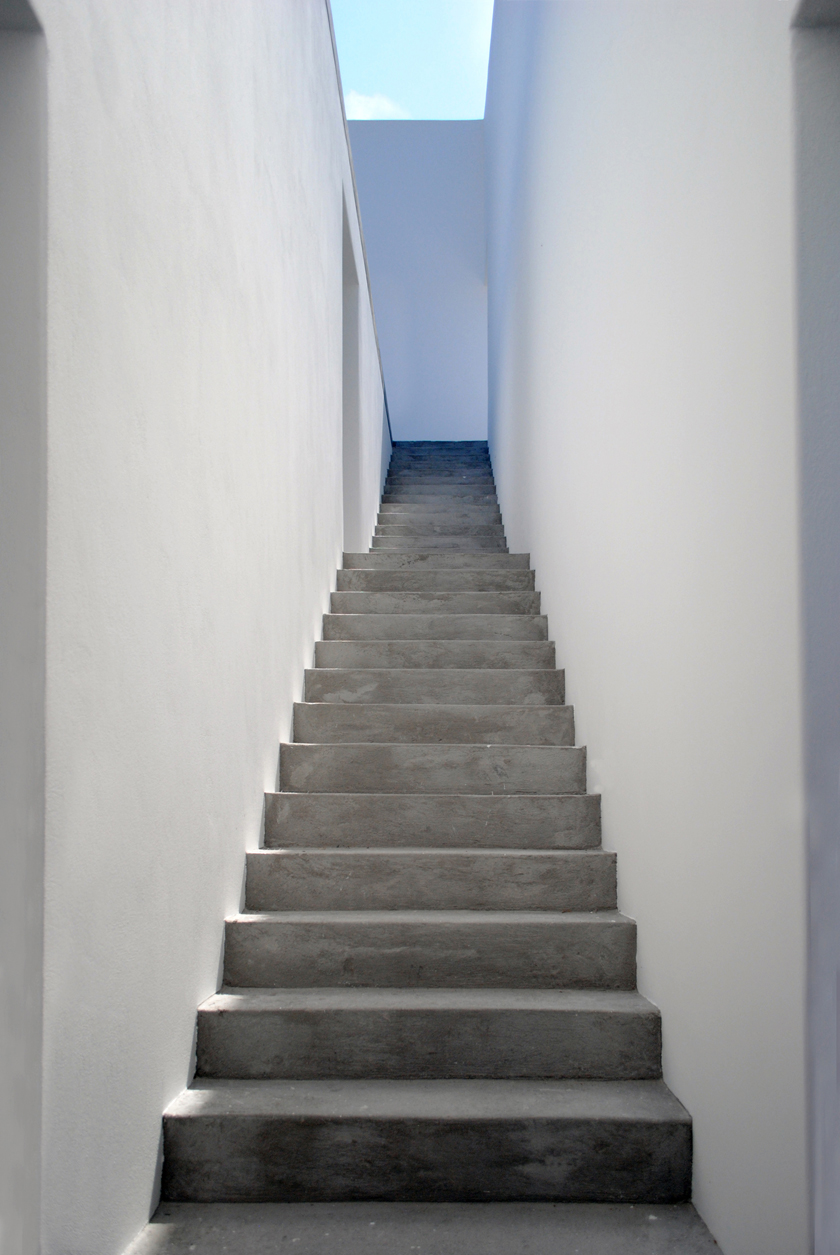